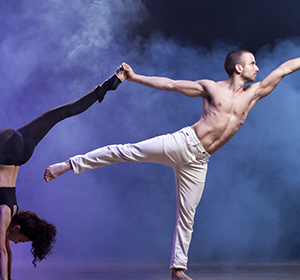 Leading Stone performing arts school Rooftop Studios is set to showcase its student’s considerable talents later this month, during its bi-ennial showcase production ‘Legends’. The show will take place at The Repertory Theatre in Stoke from 15th – 20th July and will star every child and adult that attends classes at the studio – so the age of the cast ranges from 18 months to 60+ years!

Performances in every discipline from ballet to street dance, musical theatre to drama – and everything in between – have been inspired by legends of stage and screen. Acts including Madonna, George Michael, Elton John, Bon Jovi, Elvis, David Bowie, Wham, The Beatles, Dirty Dancing, Freddie Mercury, Prince, Guns’n’Roses share the bill alongside performances influenced by legendary musicals like Mary Poppins, Annie, Oliver, Bugsy Malone, Chicago; Famous and playwrights – including the Bard himself.

The energetic and diverse programme will offer an entertaining way for friends and family to see how much their loved ones have progressed in their chosen discipline, as Studio Director, Laura Keeling, explains:

“One of the things that really sets us apart from other stage schools is the fact that every member of the team is a professional performer. We use our experience of performing  to give our students the chance to be part of the a professionally show run at a real theatre – it’s hard work but a huge amount of fun. The camaraderie between the students backstage is as wonderful to see as the performances themselves. We’re hugely proud of the effort everyone has put into this show and can’t wait to see them in action!”